When I decided to give my lightly 'worked' '76 Corvette a performance boost, upgrading the distributor to one that was custom-calibrated for this particular engine was the way to go. And Performance Distributors was just the source to get it from, as well. Rather than just selling you an off-the-shelf aftermarket distributor, Performance Distributors (www.performancedistributors.com) requires you to give them some information about your engine and how you drive your car so they can build and calibrate a high-energy ignition distributor that gives you the best bang for the buck. Here's the answer information I gave them on their questionnaire:

Using this information, the company custom-fabricated a high-energy distributor for me and shipped it within a fortnight. While I was at it, I also opted to get a set of Live Wires plug wires and some billet aluminum wire looms, too. Though this installation is being shown on a Corvette, it's virtually identical (except for the shielding) on any Chevy of that era using HEI. Here's how the installation went. 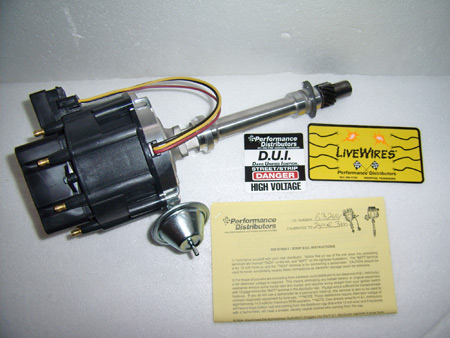 The Performance Distributors unit was custom calibrated to my particular engine/use requirements and excellent detailed installation instructions are included. 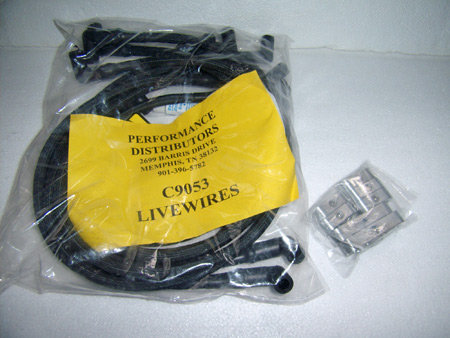 When I saw how thick the Live Wires plug wires were, it became obvious that the stock engine shielding wasn't going to work. A set of billet aluminum wire looms was also ordered with the wires. 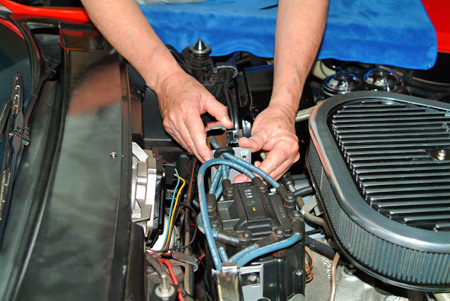 The first task was to remove the ignition shielding from the stock distributor and around the plug wires. 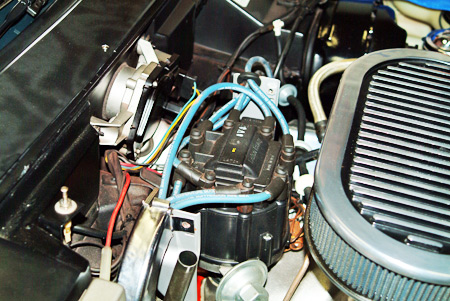 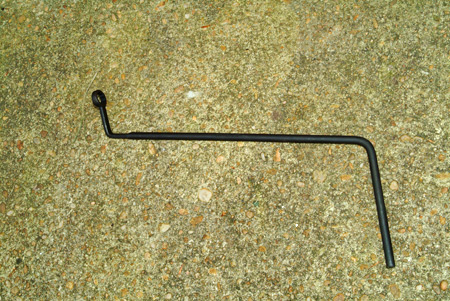 A 9/16 inch distributor bolt wrench makes life a lot easier than trying to reach the distributor clamp nut with a standard wrench.

You'll also need to know the firing order so that you can connect the plug wires correctly to the new distributor. 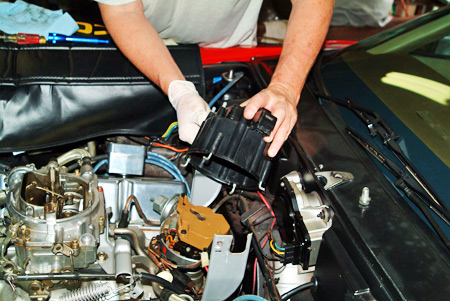 With the plug wires disconnected from the distributor cap, the cap hold-downs are loosened and the cap removed using a flat-blade screwdriver. 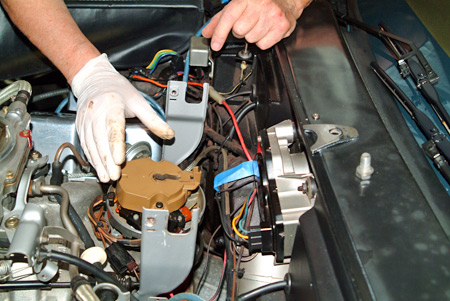 The ignition key was turned to 'start' a couple of times to get the electrode of the rotor cap to point directly back at the firewall, per the instruction sheet. I put a piece of blue tape on the firewall to indicate the exact position of the rotor cap. 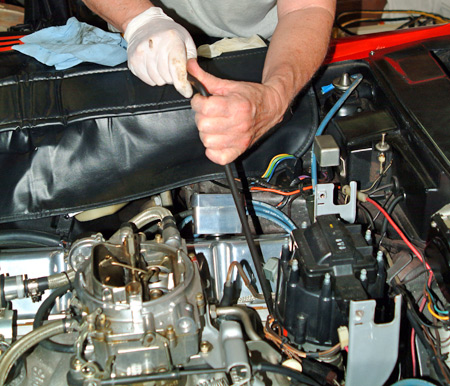 Using the 9/16" distributor bolt wrench, the bolt is removed, as is the clamping plate that keeps the distributor from moving.

The rotor cap rotated slightly as the distributor was removed due to the drive gear un-meshing, so a piece of blue tape was placed on the firewall to indicate the rotor cap positioning; this will be used to align the rotor on the new distributor prior to seating it.

A flashlight was used to look down into the distributor shaft-hole in the manifold to confirm the position of the oil-pump drive shaft.

The rotor on the new Performance Distributor was positioned so that it matched the blue marker tape on the firewall as it was lowered into place. 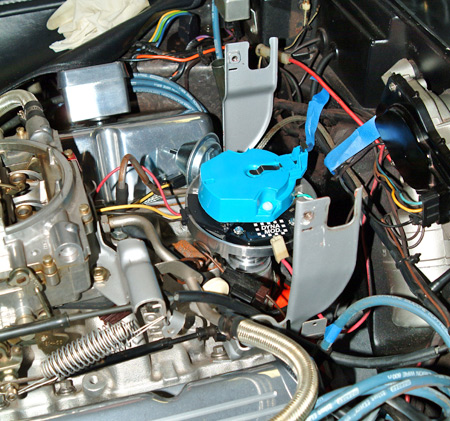 When the new distributor was seated, the rotor rotated slightly as the drive gear meshed and — lo and behold — the rotor cap pointed directly at the initial tape marker on the firewall! 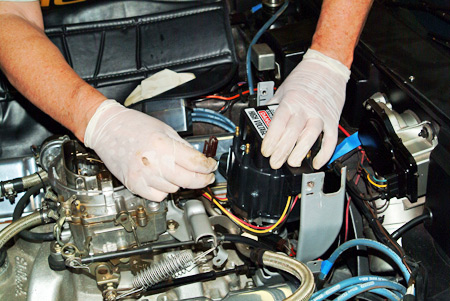 The cap was put in place, the hold-downs turned to secure it and the clamp plate and bolt re-installed. Then the pigtail connectors were plugged in. 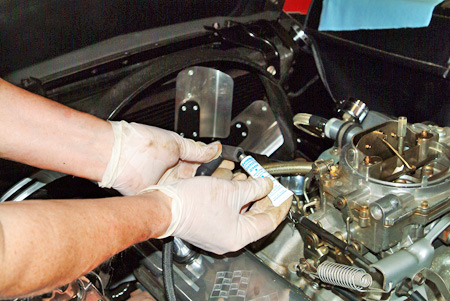 The contacts in the plug wire boots were coated with the dielectric grease supplied with the wires and then the wires were installed on the plugs, referring to the firing order diagram. 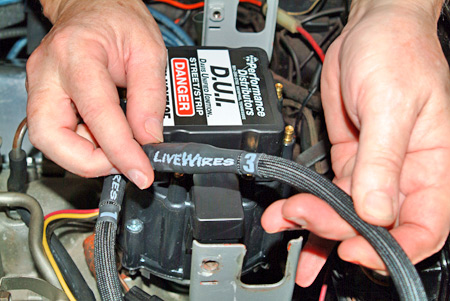 The Live Wires plug wires are numbered so you know which wire goes to which cylinder, which makes life much easier.

All that remained to do was to start the engine and check the timing with a timing light, which turned out to be right on the money. That's all there is to getting more spark punch for your Bowtie's engine!