A king pin kit with a Torrington needle bearing is a completely hidden old-time upgrade for your old-time car. You can install one of these kits and no one will know that your old car's king pins have been upgraded. However, you will know because the car should steer better and the king pins should last longer.

The Torrington Co. of Torrington, Conn., started as the Excelsior Needle Co., a firm that used a "cold swaging" technique to create sewing machine needles and other needles from cold metal. During the Great Depression a Torrington engineer named Edward K. Brown developed a new type of bearing with needles in it that became one of the company's biggest selling products.

Thanks to Brown's creation, Torrington became a leading manufacturer of anti-friction bearings and one of its automotive products was part of an upgrade kit for king pins that replaced the upper bushing in a steering knuckle with a Torrington needle bearing. The upper bushing had always been very prone to wear and the Torrington kits helped solve that problem for as long as cars used king pins. Torrington still exists. In the 1960s, the company was purchased by industrial giant Ingersoll-Rand and in 2003 it was sold to the Timken Bearing Co. 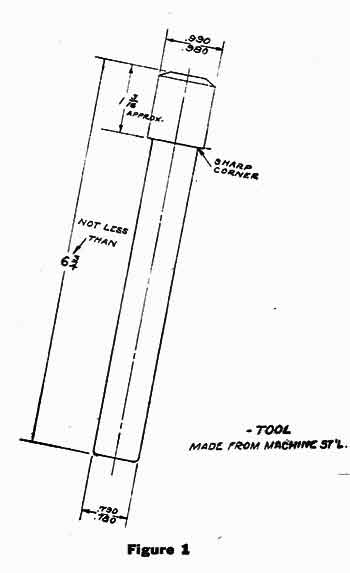 Figure 01. To install the king pin kit with the Torrington Needle Bearing upgrade you will have to make this simple tool. 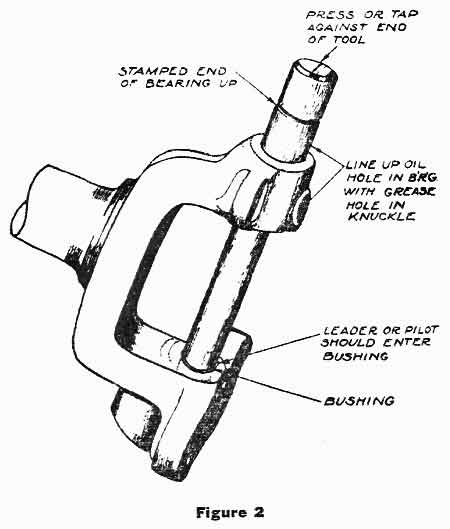 Figure 02. The tool positioned through the bearing in the upper end of the steering knuckle with the pilot end inserted in the lower bushing. 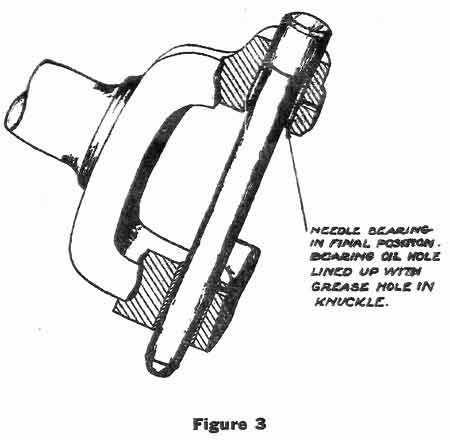 Figure 3. The tool has to drive the needle bearing into the position shown here so the bearing oil hole lines up with the grease hole in the steering knuckle.

Cleanliness is very important because you don't want a dirty friction bearing "machining" the steering yoke for you as you drive. So, the next stop is to clean your arbor press and your workbench. When the press and the work area are super clean, remove the bearing from its wrapper. Do not wipe lubricating grease off the outside of the bearing and do not clean the inside with a rag.

Press or drive the tool downwards to force the Torrington needle bearing into its proper location. This is accomplished by pressing or tapping on the top of the tool that you made. The lip will push the bearing down. (See figures 1 and 2)

We purchased our king pin kit with the Torrington Needle Bearing upgrade from Northwestern Auto Supply in Grand Rapids, Mich. This is one of the many hobby companies that sell new old replacement stock parts for vintage cars. Like all such suppliers, the availability of obsolete parts depends on the inventory they have on hand. To find a Torrington kit for your car, check for ads from such suppliers or look for vendors who sell suspension and steering parts at the next swap meet you are attend.